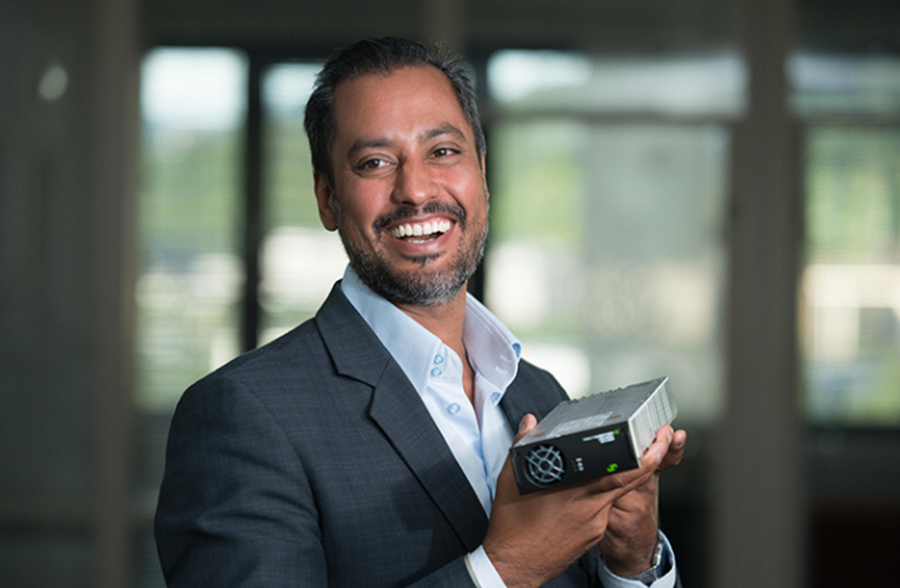 Oh yeah! Eltek is one of three finalists to win the NHO Innovation Award 2016 - for the power device called the Rectiverter. This proves how power couples and an empowering culture can result in power(ful) innovation!

The Rectiverter - a power device that completely changes the way power infrastructure traditionally has been built. It is already getting traction broadly across our global customer base, also in fields and applications we ourselves did not think of.

It provides improved solutions for telecom companies, for railways, in ships, for building surveillance and not least for turning on micro grids in areas where there hasn't been electricity before. If you didn't know - there are still 1.2 billion unpowered people on this planet. No electricity, no light

Why does step-changing innovations in our sector seem to happen more often here than there?

We are of course incredibly proud to be nominated for this prize - up against the whole lot of stellar Norwegian innovative companies around. Thank you!

There has to be an X-factor. Or maybe we might as well call it power factor.

So I had to think this through: Why Eltek from Drammen? What is it that makes us such an adept innovator? There are companies in our industry that are bigger than us - have more money - more people - and probably equally as sophisticated innovation processes.

So why did we come up with the Rectiverter, not someone else? Why does step-changing innovations in our sector seem to happen more often here than there?

What is it we possess at Eltek? There has to be an X-factor. Or maybe we might as well call it power factor. Since Eltek was founded in Norway in the early 1970s, we can look back on a number of technological achievements and breakthrough products that has outcompeted our competitors globally. In fact we can proudly state that we have set the gold standard within the global IT infrastructure power industry - many times over.

In the early years, innovation was probably more governed by instinct than by plan, but these days we are more strategic and systematic in our approach. Great inventions can definitely come from "clear skies", but in the larger picture innovation is more than just the sum of serendipities.

It is rigorous, analytical and hard multidisciplinary work - a systematic path that can only be powered by an intense culture of wanting to be best and doing something great. At Eltek we consider innovation, to be the company journey itself. Our purpose, if I may. :-)

No singular person "knows best" at Eltek, together in teams we know best. We fight, we disagree, but we lean on each other and we are willing to be impressed by each other.

Every company has smart people and every company has plans to improve something. But what we have in Eltek is a power culture - people at Eltek are extremely entrepreneurial and we celebrate and nurture intrapreneurship.

Truly, people at Eltek have an impressive can-do-attitude for doing better, being best and rock 'n' rolling status quo. And that, multiplied with a broad involvement of colleagues in 40 something countries - squared with a tradition of involvement and flat organization - ripples out the most ingenious ideas.

No singular person "knows best" at Eltek, together in teams we know best. We fight, we disagree, but we lean on each other and we are willing to be impressed by each other.

I have a crazy idea: what if we just do like this….?

Take the Rectiverter. The project team was originally chasing a completely different tech concept. Then, the day before leaving for holidays, a Brazilian researcher at Eltek's Swedish R&D team said to his colleagues "I have a crazy idea: what if we just do like this….?"

While he was away, the team were triggered by the idea, and just wouldn't or couldn't let it go - and POW! It actually worked. So when the Brazilian returned a few weeks later, a lab prototype of his idea sat on his desk and greeted him "Haha! Welcome back…"

Setting differences up against each other is tremendously valuable. It can bring out the crème of results and brings out the potential of a power couple.

Every now and then something really smashing comes along that changes the game completely. Probably a bit too nerdy for most of you, but in Eltek we had a collective and breathtaking OMG-moment.

It changed the course of our directional innovation path. Not completely, but significantly. People, with different perspectives, backgrounds and beliefs made power magic happen.

Setting differences up against each other is tremendously valuable. It can bring out the crème of results and has the potential of a power couple. Therefore, it makes so much sense to us that Oslo Innovation Week has chosen exactly this - power couples - as the underlying theme for the innovation movement they want to ignite. Count us in!

it's all about power.

The winner of the 2016 NHO Innovation Award will be announced on Thursday 20 October at the Corporate Innovation Day, a part of Oslo Innovation Week 2016. The event will take place at the Oslo Science Park.

Satvir Singh Parmar is Eltek's Vice President Innovation. He has a Masters in Physics from the University of Oslo, and previous experience from positions as Brand and innovation Manager in Orkla Brands and Strategy Consultant in McKinsey 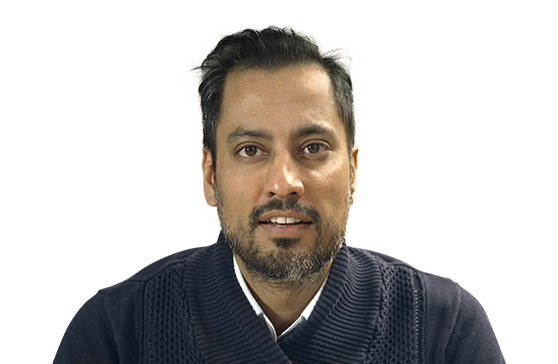