She is so cool, Efficien-ski across Greenland

Solfrid Harbu is the VP of Marketing and Communications in Eltek and a manifestation of the Eltek competitive spirit and adventurous attitude.

For four weeks in April and May of 2018, she was one of an 8 person strong group of sporty, stubborn and stalwart people that traversed the Greenland ice cap from coast to coast. “This was not a decision I made on the spur of a moment. I had wanted to do something out of the ordinary, something that involved an extra effort and stepping outside of my comfort zone”, says Solfrid.

The Greenland crossing was no ordinary ski outing - snow, wind, freezing cold days and nights, and every morning getting out of the tent for another full day of skiing. “We were completely depended on each other and our performance as a team. But no team is stronger than its weakest member, so we all felt a great responsibility for our own performance”, says Solfrid.

We were completely depended on each other and our performance as a team. But no team is stronger than its weakest member, so we all felt a great responsibility for our own performance.

She is so cool

“At Eltek, we have been following and supporting Solfrid on her adventure. We feel she is a great Eltek ambassador, displaying the kind of adventurous, ambitious spirit that we nurture in our global organization”, says Morten Schøyen, Eltek’s Chief Marketing Officer. 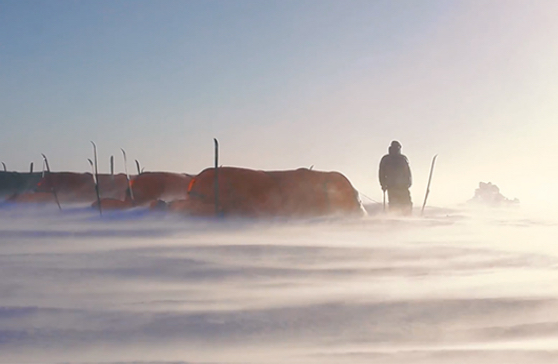 The effect of climate change

Solfrid had lots of time to reflect on the effects of climate change, where melting Arctic ice is one of the most severe. This is also a context in which Eltek’s highly efficient power systems make a difference. Among them is the Flatpack2 SHE (Super High Efficiency) line of products that excel with their low heat dissipation. Hence, SHE is so cool.

A true Marketing Director always has the brand top of mind 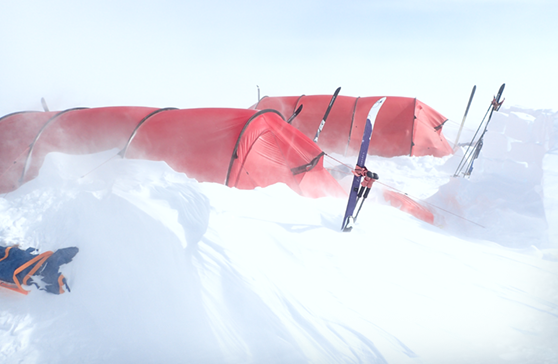 The weather conditions were harsh, and during the most stormy nights the snow quickly piled up. At the most, Solfrid and the team had to get outside and remove the snow every hour. 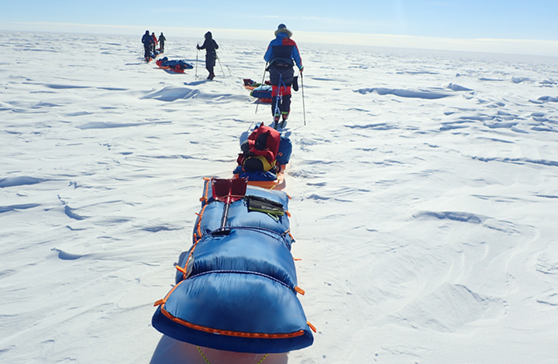 The team spent an average of 8-10 hours skiing every day, dragging the 70 kilo’s pulks, through all kinds of weather and skiing conditions.

An expedition is truly a team effort and the relations built will last way longer than the four weeks spent on the crossing. To the left: Anne Kathrine Lorentzen, to the right Solfrid Harbu 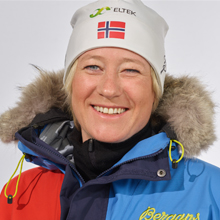